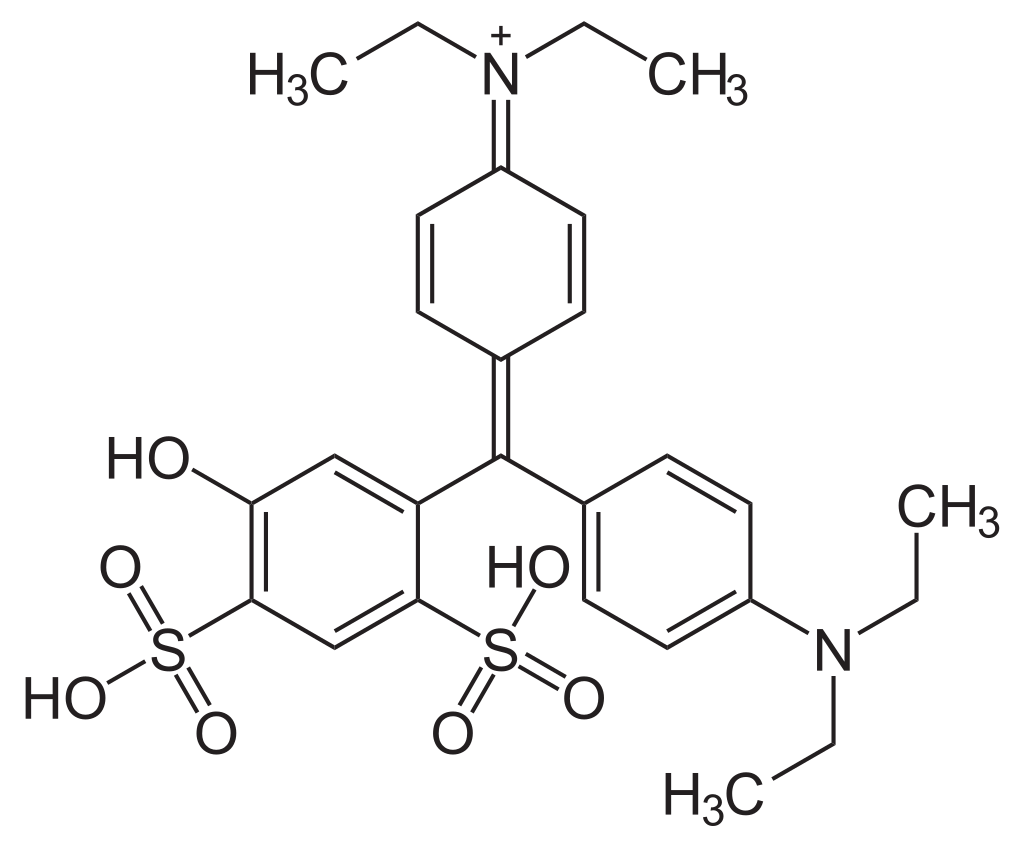 It is not widely used, but in Europe it can be found in Scotch eggs, certain jelly sweets, blue Curaçao, certain gelatin desserts, among others. An important advantage is the very deep color it produces even at low concentration, a disadvantage is that it fades fairly quickly when exposed to light.

In medicine, Patent Blue V is used in lymphangiography and sentinel node biopsy as a dye to color lymph vessels.[2][clarification needed] It is also used in dental disclosing tablets as a stain to show dental plaque on teeth.

The color of the dye is pH-dependent. In aqueous solution, its color will vary from a deep blue in alkaline or weakly acidic medium to a yellow–orange in stronger acidic conditions. It is useful as a pH indicator for the range 0.8–3.0.[3] The structure is also redox-sensitive, changing from a reduced yellow form to an oxidized red form in solution. The reduction potential of around 0.77 volts is similar to that of other triphenylmethane dyes. It is usable as a reversible redox indicator in some analytical methods.[4]

Because of its pH-dependent color, Patent Blue V was included in chemistry sets from Salter Science in the 1970s and 80s under the name Sky Blue.

Patent Blue V is banned as a food dye in Australia and US, because health officials in these countries suspect that it may cause allergic reactions, with symptoms ranging from itching[5] and nettle rash to nausea, hypotension, and in rare cases anaphylactic shock; it is therefore not recommended in those countries for children.