Vitamin C (also known as ascorbic acid and ascorbate) is a water-soluble vitamin found in citrus and other fruits and vegetables, and also sold as a dietary supplement. It is used to prevent and treat scurvy. Vitamin C is an essential nutrient involved in the repair of tissue, the formation of collagen, and the enzymatic production of certain neurotransmitters. It is required for the functioning of several enzymes and is important for immune system function. It also functions as an antioxidant. Most animals are able to synthesize their own vitamin C. However, apes (including humans) and monkeys (but not all primates), most bats, some rodents, and certain other animals must acquire it from dietary sources.

There is some evidence that regular use of supplements may reduce the duration of the common cold, but it does not appear to prevent infection. It is unclear whether supplementation affects the risk of cancer, cardiovascular disease, or dementia. It may be taken by mouth or by injection.

Vitamin C was discovered in 1912, isolated in 1928, and, in 1933, was the first vitamin to be chemically produced. It is on the World Health Organization’s List of Essential Medicines. Vitamin C is available as an inexpensive generic and over-the-counter medication. Partly for its discovery, Albert Szent-Györgyi and Walter Norman Haworth were awarded the 1937 Nobel Prizes in Physiology and Medicine and Chemistry, respectively. Foods containing vitamin C include citrus fruits, kiwifruit, guava, broccoli, Brussels sprouts, bell peppers, potatoes and strawberries. Prolonged storage or cooking may reduce vitamin C content in foods.

Vitamin C has a definitive role in treating scurvy, which is a disease caused by vitamin C deficiency. Beyond that, a role for vitamin C as prevention or treatment for various diseases is disputed, with reviews reporting conflicting results. A 2012 Cochrane review reported no effect of vitamin C supplementation on overall mortality. It is on the World Health Organization’s List of Essential Medicines.

The disease scurvy is caused by vitamin C deficiency and can be prevented and treated with vitamin C-containing foods or dietary supplements. It takes at least a month of little to no vitamin C before symptoms occur. Early symptoms are malaise and lethargy, progressing to shortness of breath, bone pain, bleeding gums, susceptibility to bruising, poor wound healing, and finally fever, convulsions and eventual death. Until quite late in the disease the damage is reversible, as healthy collagen replaces the defective collagen with vitamin C repletion. Treatment can be oral supplementation of the vitamin or by intramuscular or intravenous injection. Scurvy was known to Hippocrates in the classical era. From 1796 onward, lemon juice was issued to all Royal Navy crewmen. 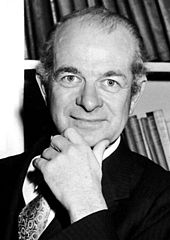 The Nobel prizewinner Linus Pauling advocated taking vitamin C for the common cold in a 1970 book.

Research on vitamin C in the common cold has been divided into effects on prevention, duration, and severity. A Cochrane review which looked at at least 200 mg/day concluded that vitamin C taken on a regular basis was not effective in prevention of the common cold. Restricting analysis to trials that used at least 1000 mg/day also saw no prevention benefit. However, taking vitamin C on a regular basis did reduce the average duration by 8% in adults and 14% in children, and also reduced severity of colds. A subset of trials in adults reported that supplementation reduced the incidence of colds by half in marathon runners, skiers, or soldiers in subarctic conditions. An earlier review stated that vitamin C did not prevent colds, did reduce duration, did not reduce severity. The authors of the Cochrane review concluded that:

Vitamin C distributes readily in high concentrations into immune cells, has antimicrobial and natural killer cell activities, promotes lymphocyte proliferation, and is consumed quickly during infections, effects indicating a prominent role in immune system regulation. The European Food Safety Authority found a cause and effect relationship exists between the dietary intake of vitamin C and functioning of a normal immune system in adults and in children under three years of age.

Several studies found ascorbate to have specific antiviral effects in which it inactivates the RNA or DNA of viruses or in the assembly of the virus.

According to ClinicalTrials.gov, as of early 2021 there were 50 completed or ongoing COVID-19 clinical trials including vitamin C as a treatment. A meta-analysis of six published trials was published in October 2021. Treatments were either oral or intravenous. Dose ranged from 50 mg/kg/day to 24 g/day. Reported outcomes were mortality, hospitalization duration, intensive care duration and need for ventilation. From the Conclusion: “The present meta-analysis showed that administration of vitamin C did not have any effect on major health outcomes in COVID infected patients, in comparison to either placebo/standard therapy.  Hence, larger prospective randomized trials are needed in order to evaluate the effect of isolated vitamin C administration, separately for both vitamin C replete and deplete individuals.”

During March through July 2020, vitamin C was the subject of more US FDA warning letters than any other ingredient for prevention and/or treatment of COVID-19.

As of April 2021, the National Institutes of Health (NIH) COVID-19 Treatment Guidelines stated that “there are insufficient data to recommend either for or against the use of vitamin C for the prevention or treatment of COVID-19.”

Vitamin C is a water-soluble vitamin,with dietary excesses not absorbed, and excesses in the blood rapidly excreted in the urine, so it exhibits remarkably low acute toxicity. More than two to three grams may cause indigestion, particularly when taken on an empty stomach. Other symptoms reported for large doses include nausea, abdominal cramps and diarrhea. These effects are attributed to the osmotic effect of unabsorbed vitamin C passing through the intestine. In theory, high vitamin C intake may cause excessive absorption of iron.

There is a longstanding belief among the mainstream medical community that vitamin C increases risk of kidney stones. “Reports of kidney stone formation associated with excess ascorbic acid intake are limited to individuals with renal disease”. Reviews state that “data from epidemiological studies do not support an association between excess ascorbic acid intake and kidney stone formation in apparently healthy individuals”, although one large, multi-year trial did report a nearly two-fold increase in kidney stones in men who regularly consumed a vitamin C supplement.

€4,46 €5,53 με ΦΠΑ 330905
Benedict (100ml) For qualitative determination of glucose
Add to wishlist
Add to cart
Quick view
Shopping cart
close
We use cookies to improve your experience on our website. By browsing this website, you agree to our use of cookies.
Accept