Paraffin wax (or petroleum wax) is a soft colorless solid derived from petroleum, coal or oil shale that consists of a mixture of hydrocarbon molecules containing between twenty and forty carbon atoms. It is solid at room temperature and begins to melt above approximately 37 °C (99 °F), and its boiling point is above 370 °C (698 °F). Common applications for paraffin wax include lubrication, electrical insulation, and candles; dyed paraffin wax can be made into crayons. It is distinct from kerosene and other petroleum products that are sometimes called paraffin.

Un-dyed, unscented paraffin candles are odorless and bluish-white. Paraffin wax was first created by Carl Reichenbach in Germany in 1830 and marked a major advancement in candlemaking technology, as it burned more cleanly and reliably than tallow candles and was cheaper to produce. 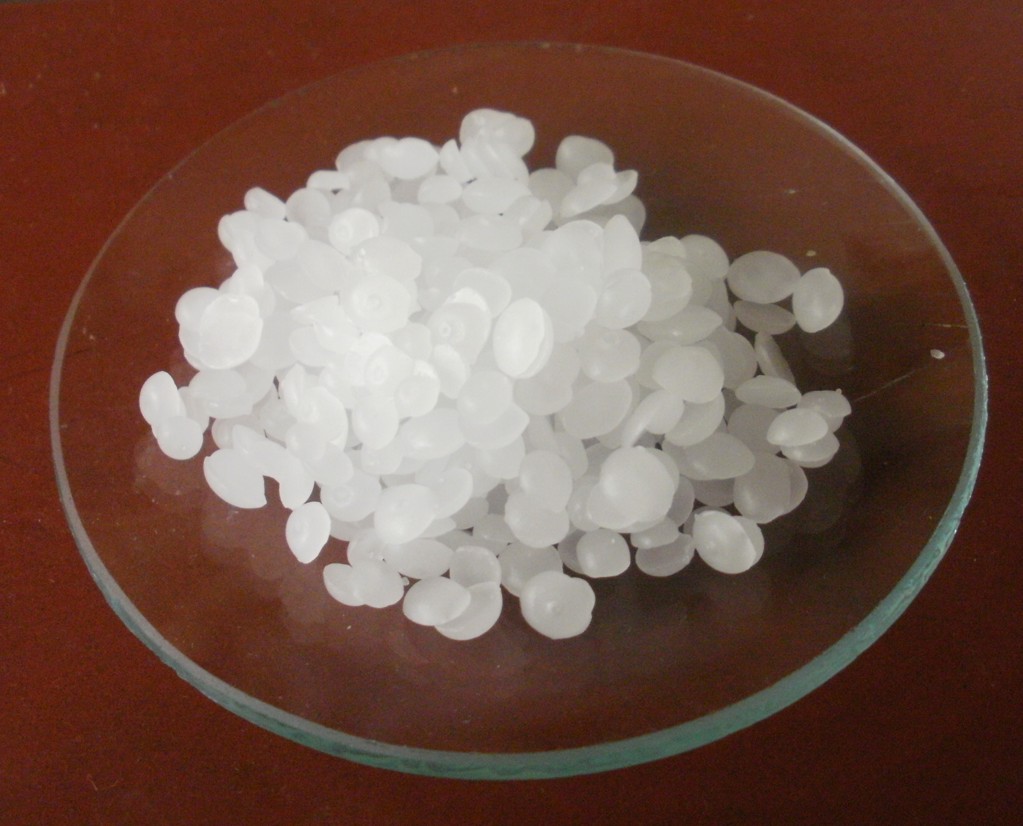 Paraffin wax is mostly found as a white, odorless, tasteless, waxy solid, with a typical melting point between about 46 and 68 °C (115 and 154 °F),[8] and a density of around 900 kg/m3.[9] It is insoluble in water, but soluble in ether, benzene, and certain esters. Paraffin is unaffected by most common chemical reagents but burns readily.[10] Its heat of combustion is 42 MJ/kg.

The hydrocarbon C31H64 is a typical component of paraffin wax.

Paraffin wax is an excellent electrical insulator, with a resistivity of between 1013 and 1017 ohm metre. This is better than nearly all other materials except some plastics (notably Teflon). It is an effective neutron moderator and was used in James Chadwick‘s 1932 experiments to identify the neutron.

Paraffin wax is an excellent material for storing heat, with a specific heat capacity of 2.14–2.9 J g−1 K−1 (joules per gram kelvin) and a heat of fusion of 200–220 J g−1.[14] Paraffin wax phase-change cooling coupled with retractable radiators was used to cool the electronics of the Lunar Roving Vehicle during the manned missions to the Moon in the early 1970s.[15] Wax expands considerably when it melts and this allows its use in wax element thermostats for industrial, domestic and, particularly, automobile purposes.[16][17]

Paraffin wax was first created in 1830 by the German chemist Karl von Reichenbach when he tried to develop the means to efficiently separate and refine the waxy substances naturally occurring in petroleum. Paraffin represented a major advance in the candlemaking industry because it burned cleanly and reliably and was cheaper to manufacture than any other candle fuel. Paraffin wax initially suffered from a low melting point; however, this shortcoming was later remedied by the addition of harder stearic acid. The production of paraffin wax enjoyed a boom in the early 20th century as a result of the growth of the meatpacking and oil industries which created paraffin and stearic acid as byproducts.

In industrial applications, it is often useful to modify the crystal properties of the paraffin wax, typically by adding branching to the existing carbon backbone chain. The modification is usually done with additives, such as EVA copolymers, microcrystalline wax, or forms of polyethylene. The branched properties result in a modified paraffin with a higher viscosity, smaller crystalline structure, and modified functional properties. Pure paraffin wax is rarely used for carving original models for casting metal and other materials in the lost wax process, as it is relatively brittle at room temperature and presents the risks of chipping and breakage when worked. Soft and pliable waxes, like beeswax, may be preferred for such sculpture, but “investment casting waxes,” often paraffin-based, are expressly formulated for the purpose.

In a histology or pathology laboratory, paraffin wax is used to impregnate tissue prior to sectioning thin samples of tissue. Water is removed from the tissue through ascending strengths of alcohol (75% to absolute) and the tissue is cleared in an organic solvent such as xylene. The tissue is then placed in paraffin wax for a number of hours and then set in a mold with wax to cool and solidify; sections are then cut on a microtome.

€17,85 €22,13 με ΦΠΑ 330046
a-Amylase (25gr) powder from aspergillus oryzae An amylase (/ˈæmɪleɪs/) is an enzyme that catalyses the hydrolysis of starch (Latin amylum) into sugars. Amylase is present in the saliva of humans and some other mammals,
Add to wishlist
Add to cart
Quick view